I've decided to post a personal creative project for a change.  From the time my son was 3 years old he was intrigued by all things spooky and we embarked on our first papier mache project together, creating a big black spider pinyata for his birthday.  This collaborative tradition continued until he was 8 or 9.  He is now 18 years old and about to embark on his final year exams.  We have collaborated again on his Year 12 Dress Up Day costume, based on the wonderful character of Jack Skellington from Tim Burton's "A Nightmare Before Christmas" (which we watched together many times, from when he was only four).  I've documented the project which might be inspiring to some other parents ... 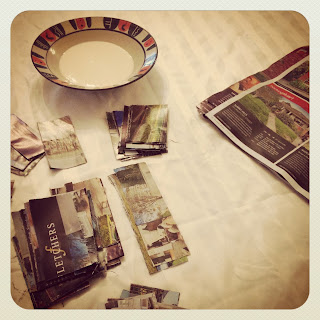 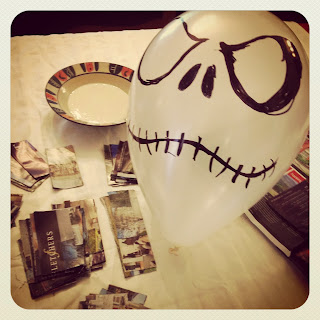 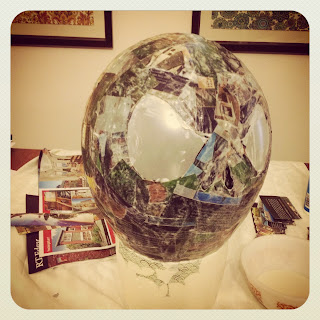 first layer of paper and glue 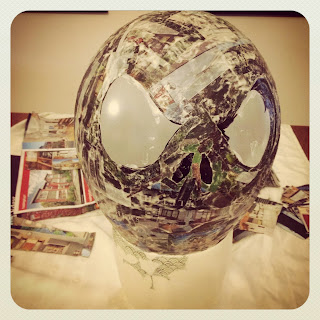 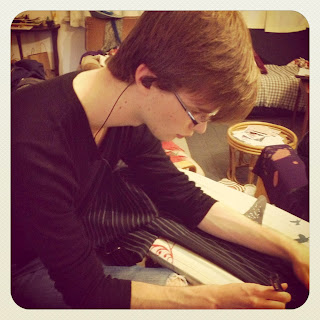 Drawing on the pin-stripes (we bought a pin-striped suit from the
opportunity shop and he added to the existing stripes with a
white fabric pen, to give it a sense of the original cartoon character) 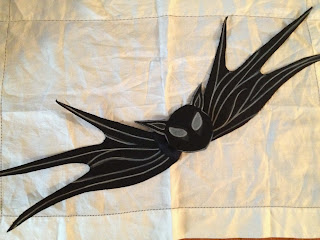 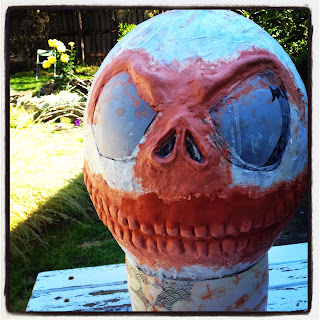 after the newspaper layers were dry we added 'Das'
(commercial papier mache which looks like clay and
drys in the air), to build the 3d form of eyebrows,
nose and teeth - giving expression to the character of Jack 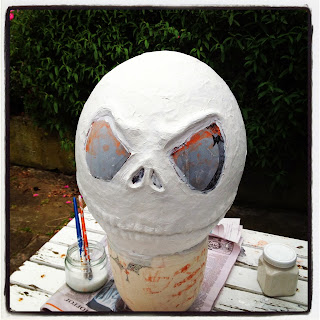 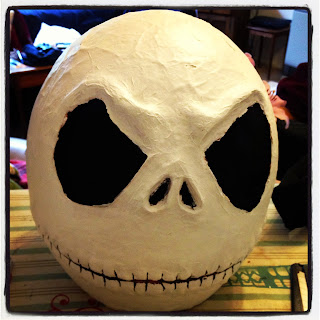 Rory then busted the balloon, drew the black lines on the mouth
and I added black stocking fabric to the eyes and nose -
I cut the shapes and then used pva glue around the edges
of the fabric and glued them to the inside of the mask 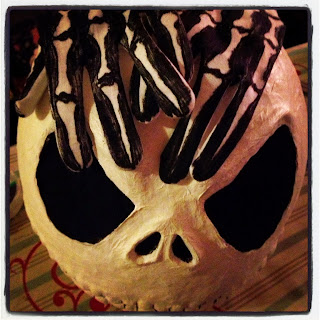 we bought white cotton cleaning gloves from the
supermarket and Rory used black texta to create
the bones of the hands and wrists - looking pretty
scarey now!! 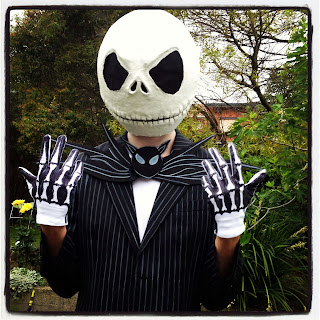 and here is the finished artwork - happy Halloween! 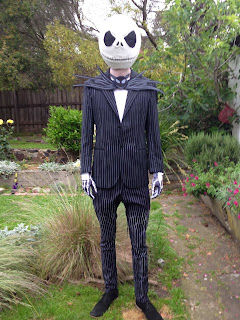 Posted by louise saxton at 3:07 PM