My second solo show with Gould Galleries is now up and running.
The show is called W I L D and in this body of work, created over the past two and half years, I really have gone wild - in material, form and content.  The show follows my first exhibition with Gould Galleries, SANCTUARY TOO, which was held in May-June 2013. This body of work continues my passion for collecting and reclaiming discarded needlework and also introduces other materials, such as paper, in the form of reclaimed book illustrations and a 'porcelain garden' of discarded ceramic flowers and birds, collected over the past year.  Some works also include elements commissioned from a glass-blower and an expert cushion maker.  My first large 3-dimensional work, "Let the Jungle In" which won the Yering Sculpture Award in 2013 will also have another outing. Unlike SANCTUARY TOO which was a cohesive exhibition in terms of imagery, materials and technique, WILD is more eclectic and in regard to some of the three-dimensional works and installations more experimental - in other words, its wilder!  As with SANCTUARY TOO, this exhibition continues my interest in celebrating and reconstructing discarded domestic materials and drawing a link between the domestic archives of home and the public archives of the museum and library.  Several works reinterpret historical paintings of flora and the human figure immersed in flora. I do hope you will be able to see the show during its run at Gould Galleries 270 Toorak Road, South Yarra 9872 8482 - until 5pm on Saturday 5th December 2015.

For images of some of works in the exhibition, please visit the WILD Gallery on my website.

NEW FILM For now I'd love it if you spent four minutes viewing a short film of my studio practice, made by a talented young Melbourne filmmaker  Lily Youngsmith, titled Louise Saxton Assemblage.  You can view it on Youtube or on my website "About" page. 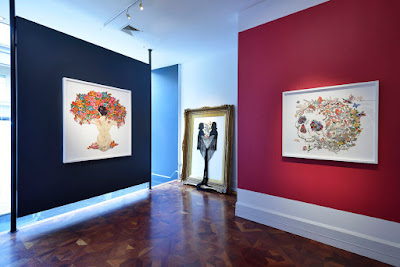 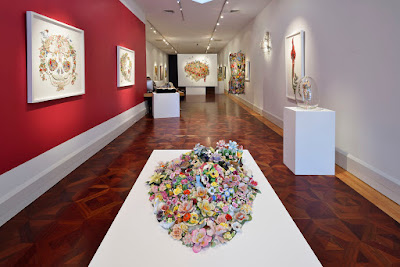 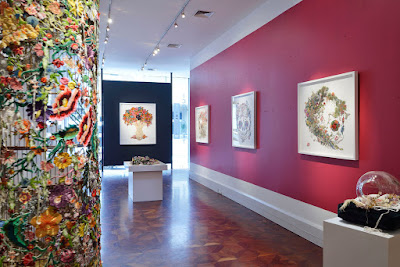 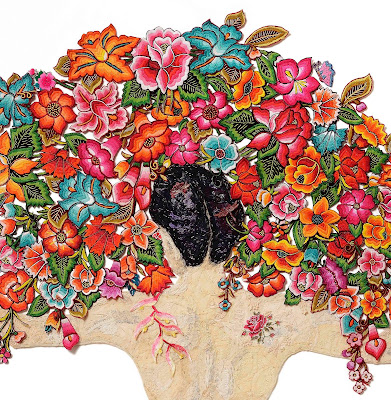 Posted by louise saxton at 2:25 PM