'Magnolia georgiana 2014 - after Georg Ehret 1743' is finally in full bloom, just in time for the end of Spring and after work was delayed by my wonderful residency Mexico and time in NYC and Boston. In March I began reinterpreting the magnificent Magnolia grandiflora, first painted in 1743 by Georg Dionysius Ehret (1708-70), which continues my well worn relief/assemblage technique, but uses a cropped image to fill the whole picture plane. I'm also using whole flower and other motifs to build the image, rather than always dissecting them into tiny fragments as I have done previously and vintage velvet to build the leaves. The cropped nature of the work is a reference to the wonderful Georgia O'Keefe. Photos below show the last stages of development.  I hope to have it photographed next week and framed before Christmas! This work forms part of my next solo exhibition, "Wild" to be held at Gould Galleries in September 2015. 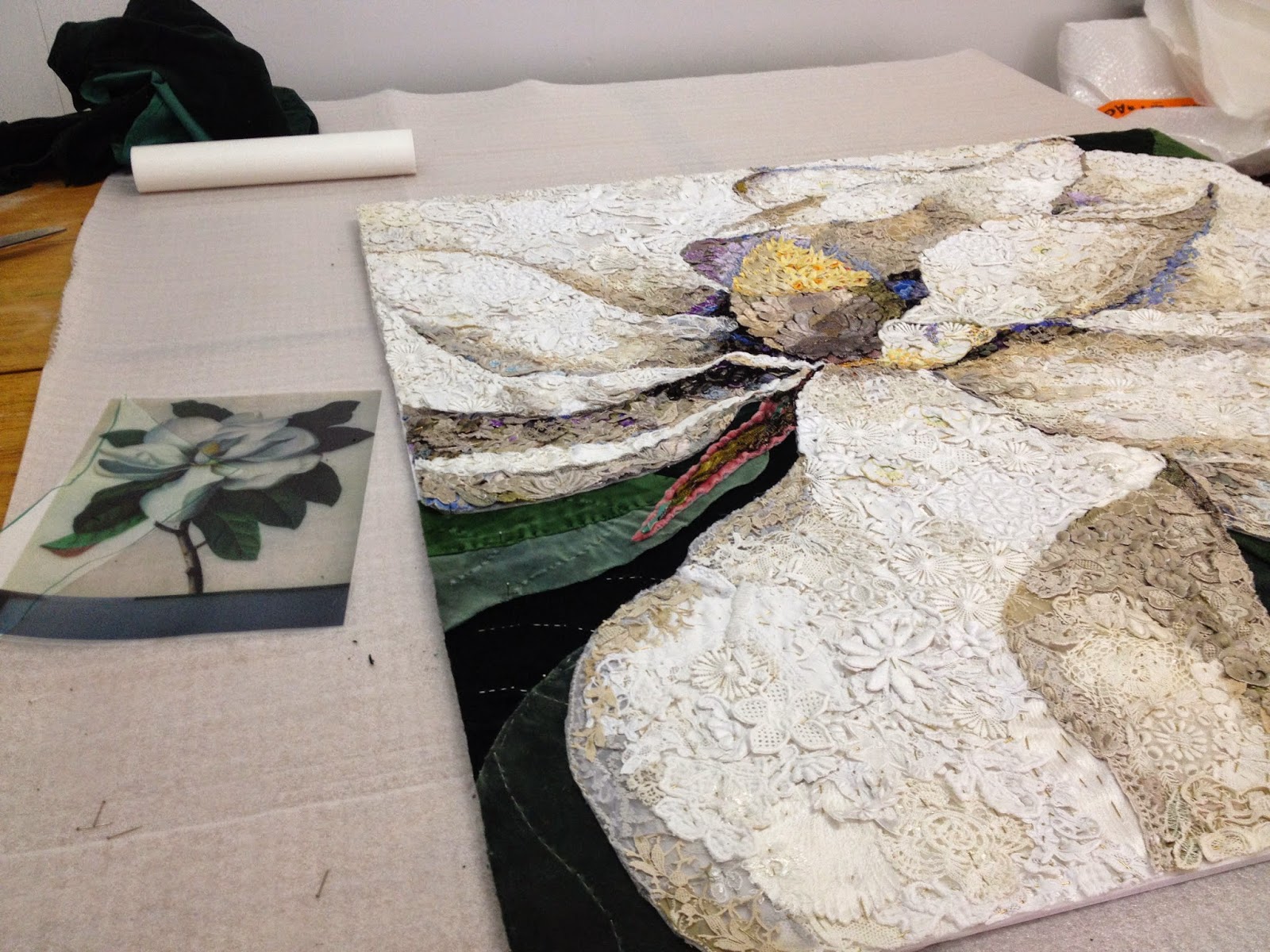 Mounting the vintage velvet leaves on the bottom layer
of the backing mounts - the velvet had to be backed
with a layer of silk to stabilise the cut edges.  I've used
stainless steel lace pins to define the veins of the leaves. 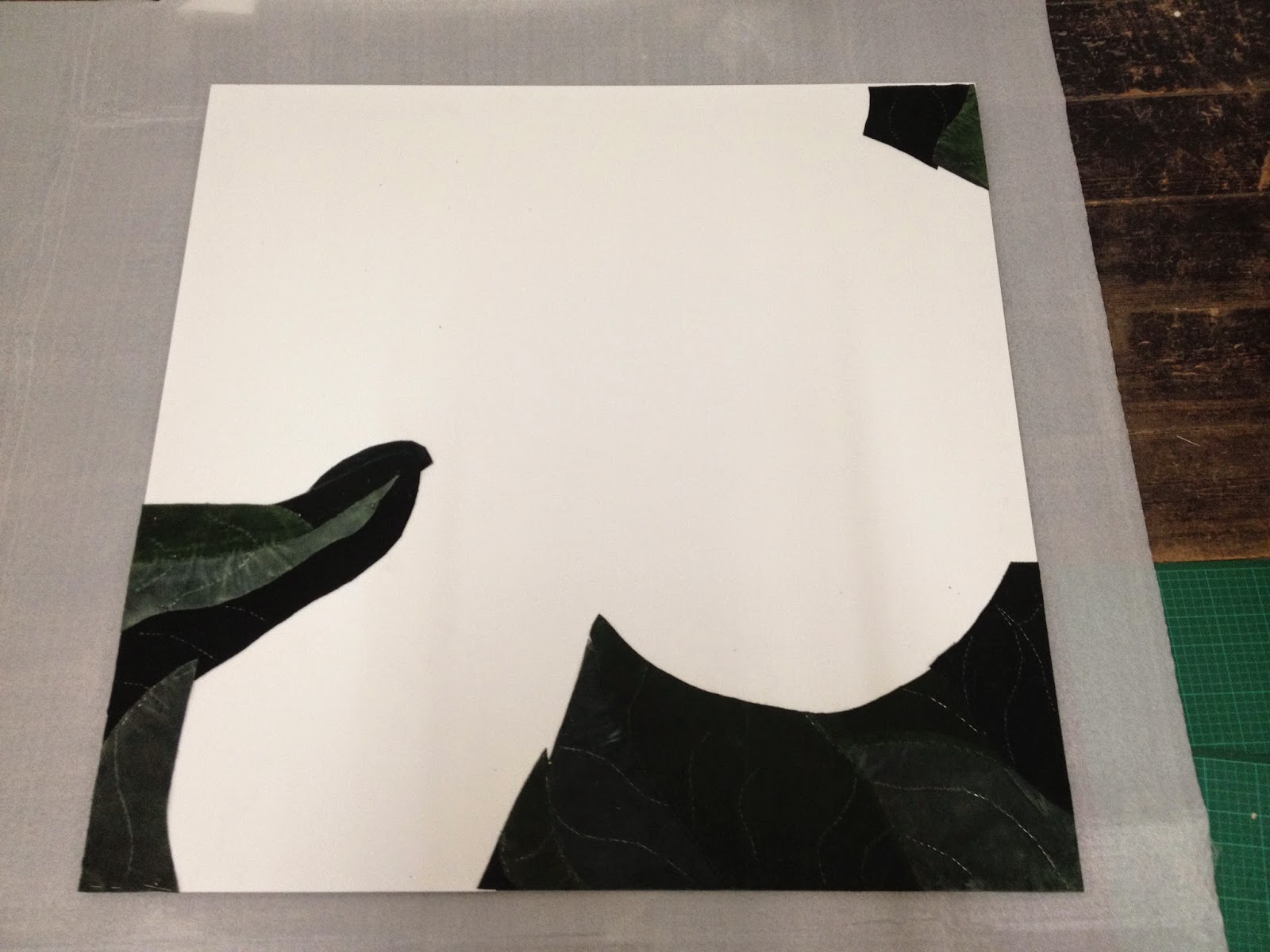 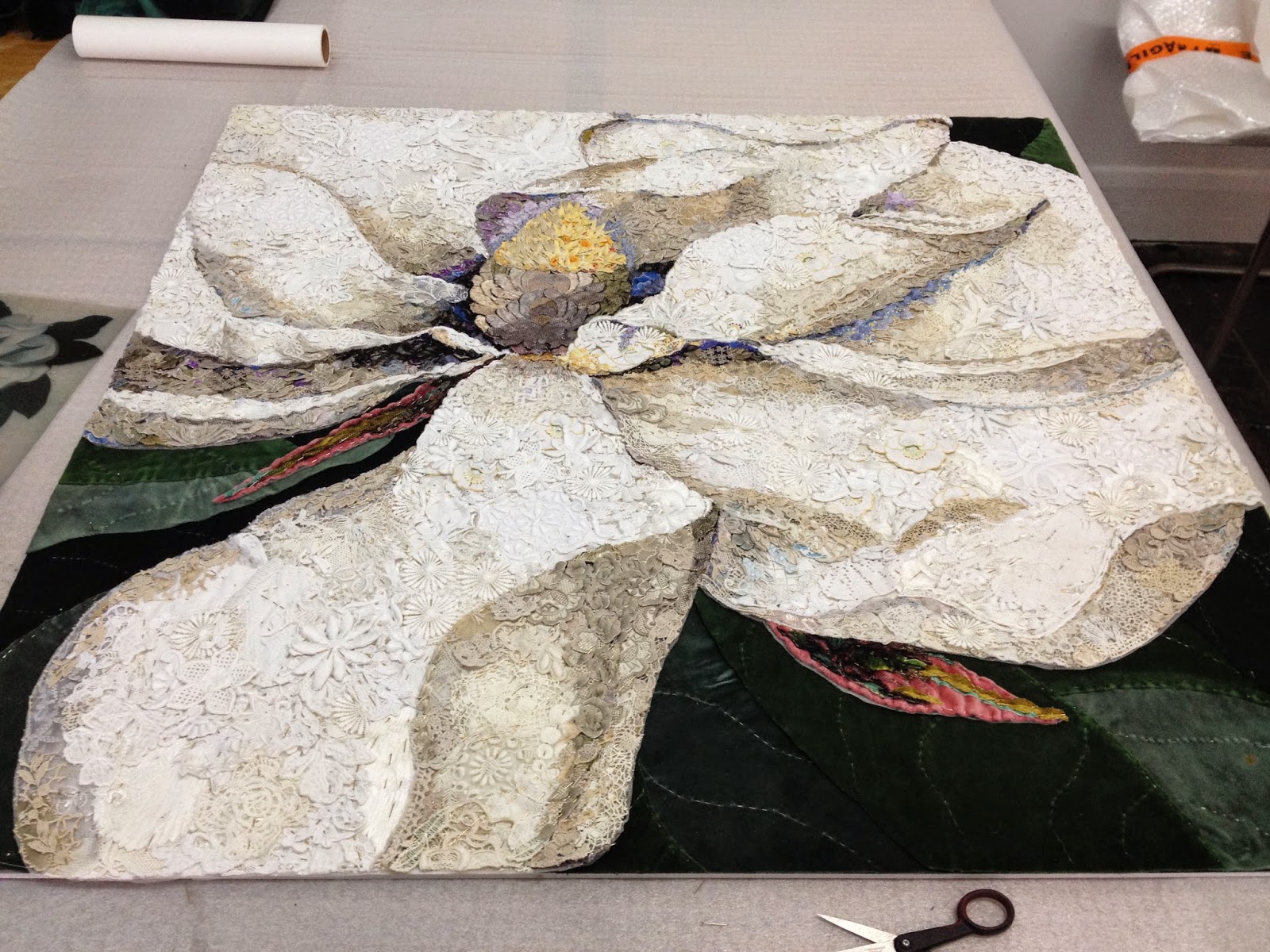 The work appears to not be square, but it's just
the illusion created by it leaning against the wall.
Its very hard for me to capture the variations in the
green velvets, but my photographer Gavin Hansford will. 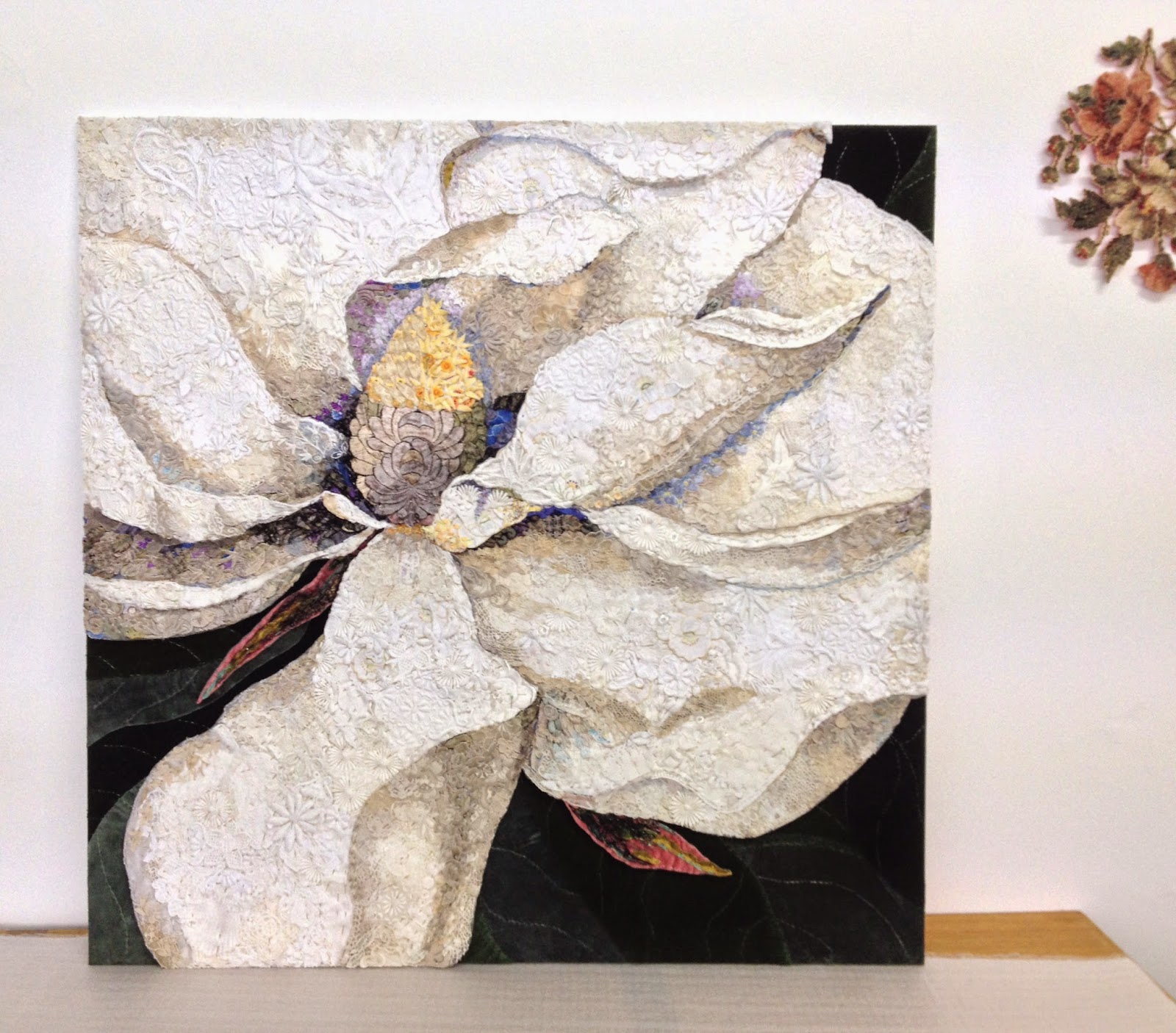